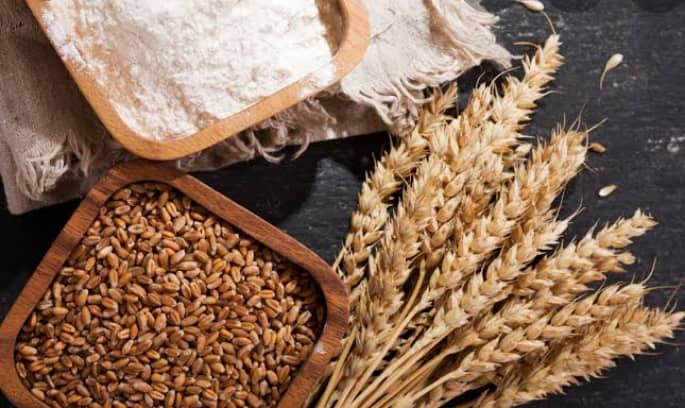 The NIFST Position on the Suspected Unfair Trade Campaign Against Some Wheat Staple Products Manufactured in Nigeria.

Release of the Nigerian Institute of Food Science and Technology
April 24, 2020.

The Nigerian Institute of Food Science and Technology, NIFST, is a Professional Body of Food Scientists and Technologists and Allied Professionals in Nigeria. It was established in 1976 as a non-profit organization and has grown to over 7,000 active members working in the food manufacturing sector, higher education and research institutions, government ministries, departments and agencies. The institute became chartered with the establishment of the Nigerian Council of Food Science & Technology (NCFST) ACT of 16th October 2019 approved by the President of the Federal Republic of Nigeria, President Muhammadu Buhari. This ACT legalizes and mandates NIFST to define and uphold professional standards of competence, integrity and ethical behaviour among food practitioners in line with best global practices; and to ensure that the critical control areas of our food supply chain are handled in the best interests of the wellbeing of the people.
We are aware of the recent viral circulation of a video clip on a brand of Semolina (Golden Penny Semovita), a wheat-based product. As food professionals, we need to clear the air and moderate the misleading, uninformed and corrupt opinions and claims expressed in the video from two perspectives, namely, the facts and motives.

The Facts about Semolina:
Semolina is a whitish, fine gritty product of Wheat milling. It is a mixture of protein (mainly gluten), starch (about 25% in weight), and some lipids all of which are in the wheat endosperm. During wheat milling, the hulls and the germ (embryo) are separated from endosperm (the grain food reserve) which is milled into Semolina.
Gluten is the substance in wheat that makes it the choicest grain for baking flour. It is made up of two proteins, glutenin and gliadin, which combine to form a natural elastic and extensible material as depicted accurately in the video. It is therefore essentially a protein, that should be seen as conferring some level of nourishment to the consumer.

The gluten gives baked products like our typical pan bread and some cakes the ability to puff by holding the gas produced from the fermentation reaction in the dough, thereby giving the product a desirable texture and volume. The same gluten is what gives semolina (or semovita) the desirable “drawy” (viscoelastic) and better mouldability when Semovita/Semolina is prepared into dough meals or what we popularly refer to as “swallow”. Therefore, gluten is not natural rubber or plastic as claimed in the video.

The Golden Penny Semovita is a brand of semolina produced locally by the Flour Mills of Nigeria. It is not an imported brand of semolina. Therefore, there could have not been any involvement of non-Nigerians in its manufacture unless it was adulterated after manufacture and release into the trade within the country.

The Flour Mills of Nigeria is a corporate member of our professional body, the NIFST. The Institute wants to assure the general public of our confidence in the track record of a robust Quality Control and Assurance System operated in the manufacture of their products.

In the flour milling industry a routine quality check conducted is to test for their gluten quantity and quality using different methods. The washing procedure exemplified closely by the campaigner in the video is the crude procedure followed to remove the starch and water soluble constituents in the semolina, leaving behind the gluten which is rubbery in texture. It has a high degree of elasticity, for which reason it behaves more or less like ‘rubber’.

What Could Be The Motive?

As a Professional body, it should be clear that the motive behind this official reaction to the video clip is not to protect or promote any particular brand of product but to put the facts straight and to correct any deliberate or inadvertent public misinformation and alarm, especially because this is not the first time. We therefore recognize the need for increased public education and enlightenment to avoid misleading consumers.

We had once noted a similar social media campaign against the consumption of wheat “amala” which was a very serious misapplication of scientific information, and which can be classified as an unfair competition and trade campaign. This is unfortunate because in Nigeria, our companies had found an unusual way of consuming wheat which aligns with our food culture and which was not imported. It is possible that this type of innovation may not have been pleasing to some manufacturers of local flours or food ingredients who could have invested heavily and were seeking to find ways to compete profitably.

While we do not have the statistics, it would appear that the false alarm and social media campaign raised at the time, had a severe negative impact on the product in the market, and gradually eroded the market share of wheat consumed as “amala” over the last three years.

There is no doubt that Nigeria because of our population is a huge market, and will continue to be so as it is expected to be the third most populous country in the world by 2050. But the growing influence of social media must be channeled to enlighten the public in the right way. Wheat taken in the form of bread, cakes, breakfast cereals and biscuits, is the most common food in most developed countries of the world with temperate weather which favors its cultivation.

And there is no campaign against the consumption of wheat in these countries or even in Nigeria where pan bread has been a staple food for more than six decades. So, why is the campaign against whole-wheat amala and now semolina, with no such campaign against the consumption of bread, cakes and biscuits in this same country then?
The Way Forward:
While it is true as already described above that wheat contains gluten, which is not found in cassava, yams, rice and coco yams which are our traditional staple foods, bread is also a staple food that has been fully accepted in the country. In fact, only a very small percentage of the world population is known to suffer from gluten-intolerance. In Nigeria, there are not more than one hundred thousand known cases of people suffering from gluten intolerance in a population of about 200 million. And there are several alternative staples available to such group of people.

So, why this noise?

The campaign against wheat consumption also fails to recognize that bread made from wheat has become a household food in Nigeria for many decades. If wheat is dangerous, why is bread chosen all over the world as the most preferred staple for fortification to address public health challenges such as Vitamin A and Iron Deficiency, Calcium and Folic acid deficiency among others? This type of nutrition intervention, known as Fortification, had in fact been found to be the cheapest form of intervention for addressing public health issues all over the world. So what we should be wondering is why “wheat amala” and “semolina” should not be mandatorily fortified like other wheat flours?

It must also be pointed out that while wheat is classified as an allergen-containing food because of those who suffer from gluten intolerance, so also is cow’s milk, white fish, soya bean, eggs, shellfish, peanuts, tree nuts and many other foods. Even cassava that had been a staple food for centuries is not without its challenges of cyanide poisoning which science has now successfully addressed in the last three decades through plant breeding and genetics. In fact, we must also note the recent efforts at Bio-Fortification to improve the Vitamin A content of cassava, as the deficiency of Vitamin A is known to cause blindness.

It is therefore sheer exploitation of ignorance to say that bread is “safe” but whole wheat is dangerous given the fact that it contains more protein than any of our staple starchy foods.
What we always advise as Food Scientists is the need to avoid any food that the consumer may be intolerant of and to ensure dietary diversity to ensure maximum benefit from the various nutrients!

It is foolish for someone who is allergic to peanuts to say that everyone must avoid peanuts just as it is unfair to campaign against consumption of wheat in the form of semolina or wheat amala while we are not condemning the consumption of bread which is also from wheat. Is this for trade and political gains rather than overall public interest?

We believe that the ignorance of our people has been exploited enough. The time has come to stop this unhealthy campaign in the social media against the consumption of wheat and other wheat-based foods which have become part of the staple diet in Nigeria for many decades, and are now being used in our fight against the public health challenges of various micro nutrient deficiencies like in other parts of the world.

NIFST considers these types of underground campaign as suspicious and unfair to the public and therefore condemn such practices which should be ignored. However, the time has also come for government to take public enlightenment on food and nutrition issues more seriously as part of our primary health concerns rather than focusing only the curative solutions which are out of reach of most Nigerians.

For a start, therefore, we must encourage diversity through consumption of “swallows” from cassava, yam, and wheat in the forms of amala, garri, lafun, etc. but always in moderate forms. The key to our safety is moderation at all times.

NIFST is particularly happy that some citizens care to study or interact more with what they eat. We want to encourage more of such public scrutiny that can alert the public of any possible future calamity.

But the attention of experts must always be called to any such unclear issues in order not to cause unnecessary public fear. NIFST also states condemns any attempt to stereotype the nationals of any particular countries as agents of food adulteration. Food safety is an international issue which we must collectively fight in the interest of global food security.

Prepared By an Ad-hoc Committee made up of:

All Rights Reserved By CAFSANI