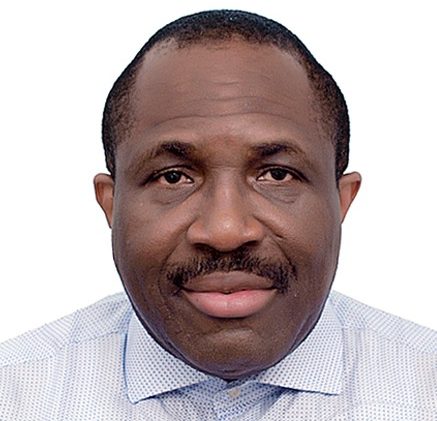 Idorenyen is a proven reform minded business leader with a passion for development economics. He has demonstrable expertise in Business Management, Organizational Design, Marketing, Sales Operations and a licensed practitioner of Insights Discovery and Liberating Leadership UK. Over the course of his illustrious career spanning over twenty-seven years, Idy as he is fondly called has held key positions of increasing responsibility at Executive Management levels across Africa; building and transforming several global brands like Guinness (a subsidiary of Diageo) as a Brand Manager, Coca-Cola as the Country Marketing Manager in Kenya, Chief of Staff to the Equatorial Africa President, then later driving the business in the East & Central Region as General Manager before moving on to turn-around Cadbury from a near comatose state to profitability as Commercial Director; He had an exceptional stint at Samsung Electronics where he served as Managing Director for Nigeria out of its West Africa Hub in Lagos, and until recently served as the Managing Director for L’Oreal Central West Africa where he managed the two subsidiaries of the beauty giant across West Africa. His exemplary leadership and service in the course of his career put him on a global stage. Idy was elected and he served on the Executive Committee of the World Federation of Advertisers (WFA) as Region Vice President for Africa, alongside other Chief Marketing Officers and Chief Executives of Fortune 500 companies between 2011 and March 2016. He is a Past President of the Advertisers Association of Nigeria, a Past Chairman of the Heads of Advertising Sectorial Group; and a former member of Council at APCON (the Advertising Practitioners Council of Nigeria), which regulates the practice of Advertising in Nigeria. He also sits on the Advisory Boards of Awesome Treasures Foundation (ATF) and Strap & Safe Child Foundation as the Chair. Over the past decade, Idy’s relentless pursuit of improving the public good within the larger society and professional communities of practice has been recognized with Fellowships of UK’s Chartered Institute of Marketing and the National Institute of Marketing Nigeria. Also, In the last few years, he has been adorned with several awards in the course of his service to his career and community. He is currently the CEO of Corporate Shepherds Limited, an organization founded by him to serve as a social enterprise to develop and enhance people and organizational capability. Driven by a performance and productivity mind set. He runs a bundle of initiatives in the media and open seminars for grooming leaders and young people to improve their competencies and career prospects. Corporate Shepherds currently has a wide array of youths and numerous Executives under her mentorship. In most private and public circles, he is often described as a Trustee of Posterity. Idy is a trained Economist and holds an MBA with specialty in Marketing. He is a much sought after Speaker in business and leadership management conferences and a columnist in leading publications within the continent. He enjoys reading, listening to music and loves travelling.

All Rights Reserved By CAFSANI